Making a difference: A sit down with Sophie and Nico

This week I met up with Sophie and Nico, personal trainers who use the SPRT App. Here are their incredible individual stories and how they are using their backgrounds for a common goal and drive for the future.

Nico was born with one arm and for him, school was difficult, not necessarily because of others but because of his own self-image and lack of self-confidence. However, as he explained to me, ‘In school, no one stigmatised me as I was one of the best in my sports class, from day one I gave sport everything I could because I have always loved it and my teachers noticed that I was naturally talented in athletics, football and gym.’ He began playing football and he soon found that sport helped made a difference in many aspects of his life. He then transferred off the pitch and towards fitness training. He built a gym in his house and began improving his own self-confidence, building muscle and teaching himself about leading a healthy lifestyle.

In terms of growing up technically with a disability, Nico said: ‘There were times that friends or teachers tried to do things for me or asked me if I needed extra help, but because I was born this way, I never knew any different. I have always learned to do everything with one arm, from tying my shoelaces, to riding a bike and swimming!’

He knew from a very young age that he wanted to do something with sport, and so he explained to me: ‘My goal was always to move to a big city. Living on the island of Rügen it was hard to find somewhere to do my training, but my mother works in a rehabilitation clinic which takes care of parents and their children, offering sport classes, nutrition courses and general rehabilitation after an illness, or psychological issues. I was lucky enough to get a position at the clinic and I worked with both adults and children, teaching a variety of classes from nordic walking, to football, to fast-paced aerobic courses. However, my main job was to provide personal training in the fitness centre with the patients from the clinic. This was great for my confidence because it taught me that I could help people through sport, even though I technically have a “disability” myself. Although I was born with this fate, I have the ability to overcome this and help others overcome their own issues through the same techniques.’

He then moved to Berlin and started working in studios. Nico said: ‘Working in a fitness studio near Alexanderplatz, I never experienced any negative comments or strange looks. People often still come over to me while I train to tell me they have a lot of respect for what I am doing, and they often think it is amazing to see how confident I am, how good my technique is and how balanced my training is, even if my left side is stronger. There have been many times in the fitness studio when Sophie and I have seen people filming my training or take photos of what I am doing. We have often laughed about getting free advertisement ? but it makes me feel great! I see it as a positive thing that I am a role model for what people can potentially achieve. 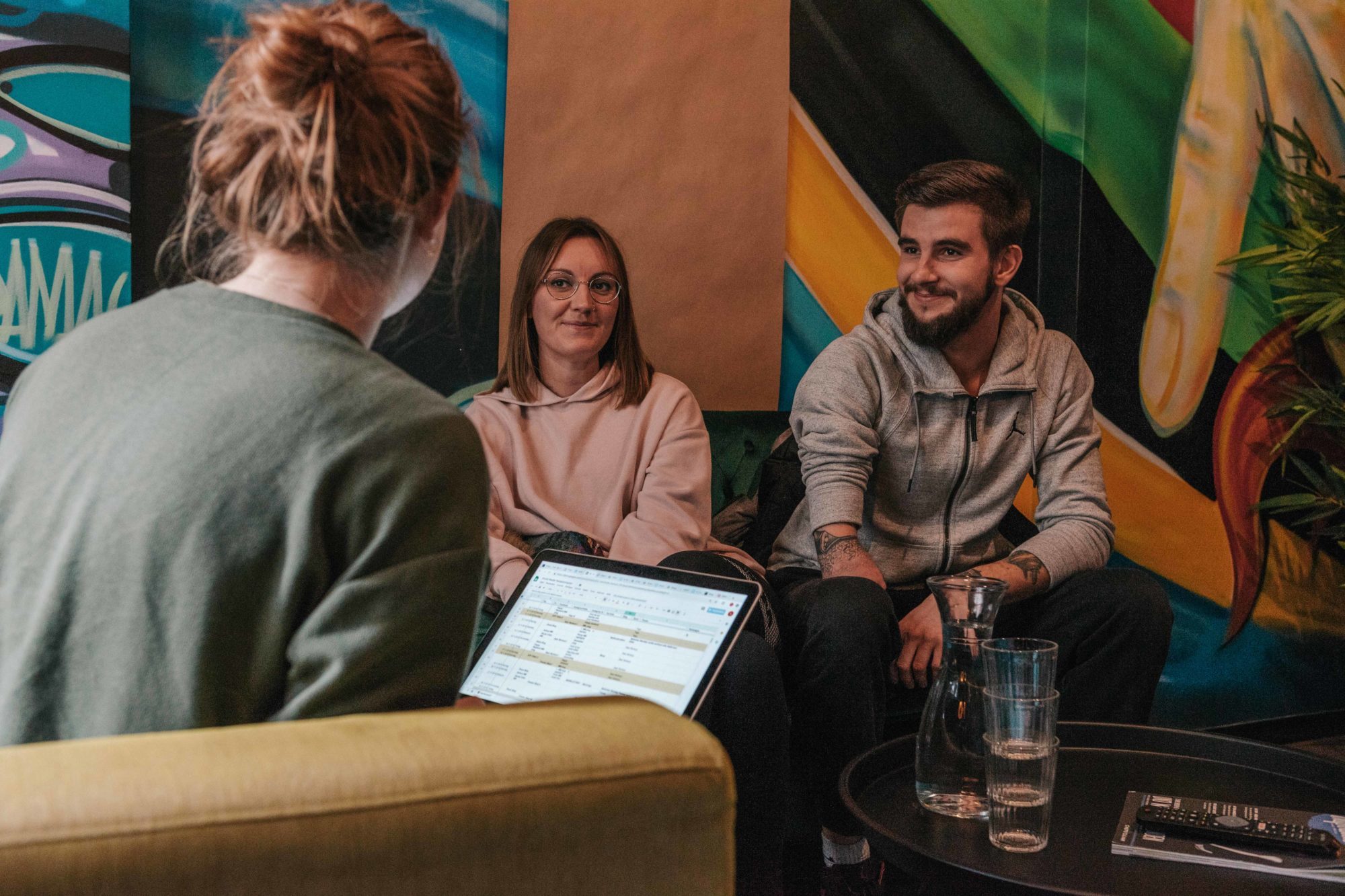 Then, fast forward to now, he is working with Sophie as a PT! So let’s hear Sophie’s story before a quick chat about being grateful and future plans…

Sophie started learning about leading a healthy lifestyle from a young age whilst battling depression and anxiety. She learnt that a healthy mind meant a healthy body and that sport helped get her out of the dark place she was in. Fast forward and after finishing university and traveling Sophie moved to Berlin.

But not long into living here, Sophie’s mum was diagnosed with breast cancer in 2013. Although she could not actively help her mother who was back in England, she decided to do something with much further reaching affects which could help others in her mum’s situation. She explained, ‘I decided to try and raise a bit of money for breast cancer charities here and in the UK. I didn’t know that it would become a huge event for two years running!’

Therefore Sophie began organising a charity event called Pink Ball Berlin, she explained to me that from one day to the next, the event became a huge thing, reaching far beyond anything she had ever expected and over €30,000 was raised. Sophie told me that, ‘the event was based informing people on how to change their lifestyle in order to live healthier and possibly prevent such diseases.’ The event offered of sports classes, nutritional tips, how to check your body for signs of cancer and in the prep for Pink Ball Sophie took part in a 5km run and a 10km run to raise awareness.’

In relation to her charity event, Sophie said ‘it was the starting point of my change from teacher to trainer. I saw how stressful my job was, and how unhappy I was there, which was completely the opposite to what I wanted to tell people at the event. I wanted to live by my own advice!’ She knew she wanted to study something relating to sport, and so began her journey to learn more German and prepare to leave her job as a teacher.

This is when Sophie met Nico, they began training together, and she decided to become a personal trainer. Nico helped Sophie massively during her studies as it was fully in German and after getting through her studies together, she got her license. From then the pair started building a business and future together…That takes us up to now! 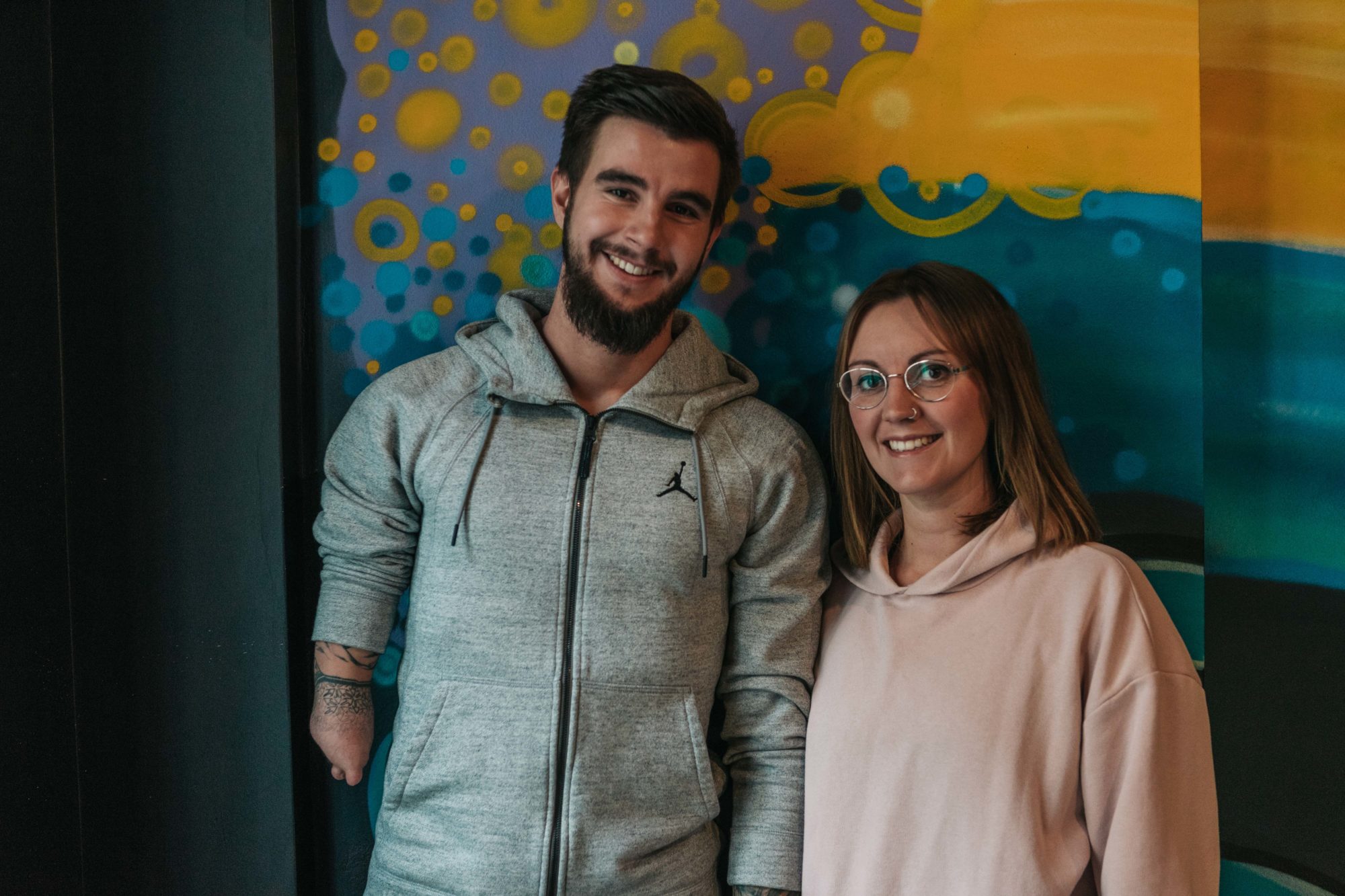 When Sophie first met Nico, he wore a basketball sleeve to cover his arm, nowadays he doesn’t wear one, especially in the fitness studio. His confidence has grown massively and this is no doubt as a result of both of their determination and drive to make a difference.

Both push each other and they recognise that they both have weaknesses, ‘everyone does, [Sophie said], but finding a way to accentuate your strengths in order to solve or combat your weaknesses is really what counts.’ She continued by explaining to me that ‘sport is a community, everyone helps each other and supports each other and for this reason, it’s a really nice branch of work to go into.’ This being said, sport itself has been extremely powerful in both of their journeys to date.

Anything is possible, and being grateful.

Whilst talking with the pair, Nico said this:

‘There is nothing that you can’t achieve if you have the right inspiration, mind set and drive, and that’s what I want to help my clients to get! Everyday we could wake up and complain about a new spot on our faces, or a bad hair day, but I have to put my life into perspective. I wake up everyday thankful that it was just one arm missing, that I have both legs, that I am FULLY abled and not at all disabled.’

This quote really struck a chord with me and made me reflect on my own life and the things I take for granted or don’t appreciate. In such a fast pace life the power of this comment really hit home and is definitely something we could all learn a lot from! 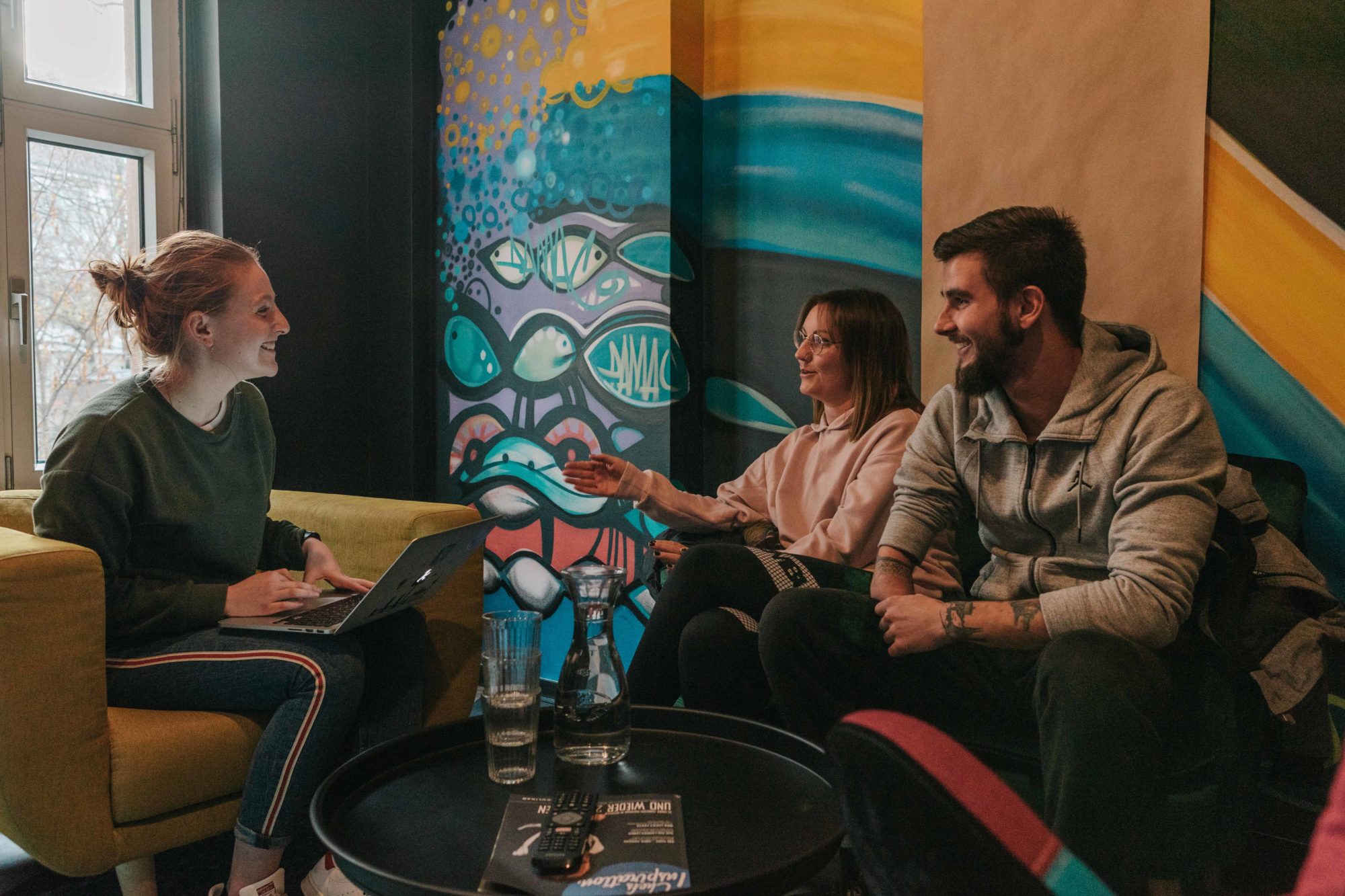 Sophie and Nico both want to eventually have their own space to train clients and put on regular events. They are working on building their community and meeting new people. They are also working on putting together a workshop focusing on lifestyle and getting sport into your daily routine. Finally, the pair are also hoping to use 2019 to keep working on themselves, because as Sophie told me ‘that is a lifelong journey itself!’

Whatever Sophie and Nico next year we’re sure that the future is very bright for them both and we can’t wait to follow them in their journey as we both grow our communities together. 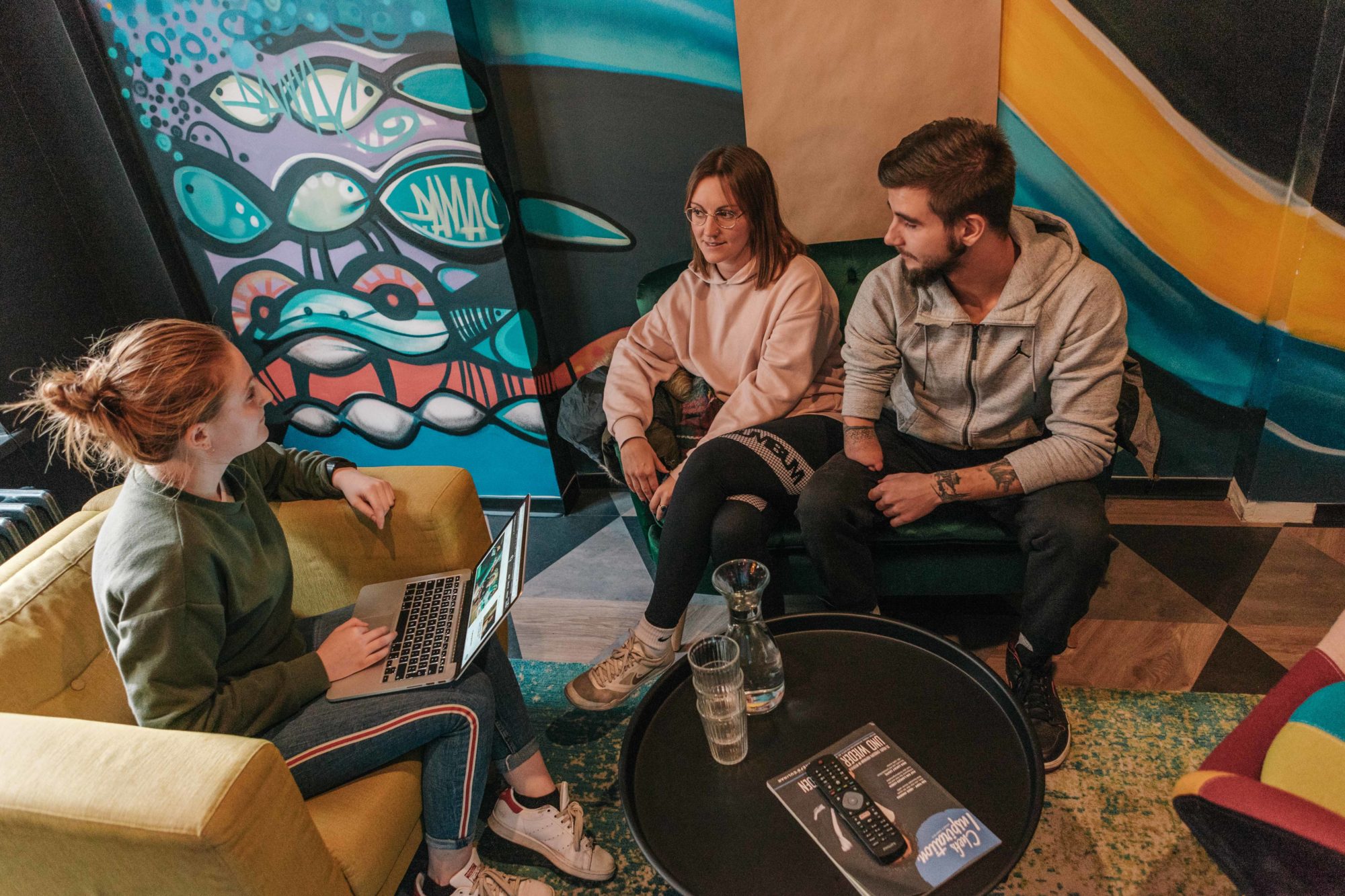 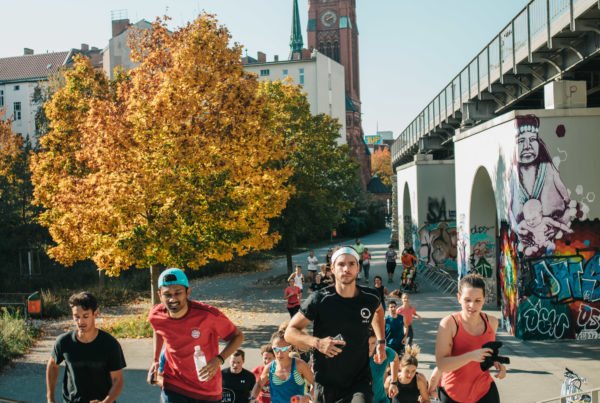 New Year’s Resolutions: How are we doing? 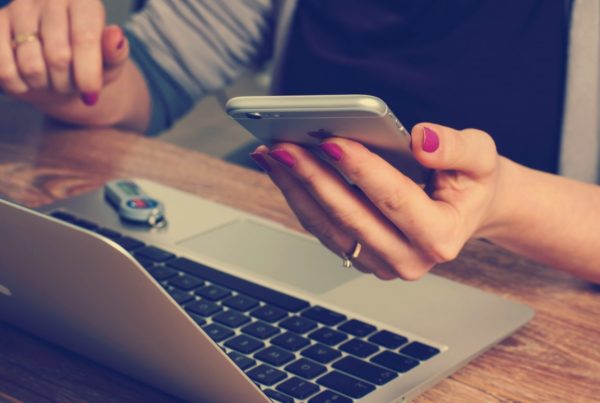 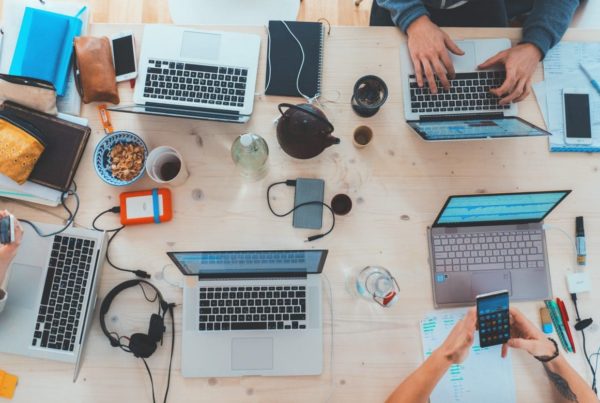 Sport In The Office!