Making time for what matters: Why I prioritise SPRT events!

Before finding out she was pregnant, Zina told me that she really enjoyed being active and usually worked out for an hour every day. She said that during times in her pregnancy she felt like she was no longer in control of her own body, working out helped her to still feel herself and navigate the changes that came with her daughter coming into the world. “Working out is a really big part of me” she explained, “I believe, that happy parents make happy kids. And for my happiness, I need my morning run or a sweaty HIIT session. Afterwards, my body is always full of endorphins and energy to conquer the world and offer Lily a day full of joy and excitement. She is a toddler and now that she can talk and walk, she is independent and constantly testing limits. For parents that can be very exhausting sometimes, pushing them to yell out of frustration or react in a negative way. Starting the day with my me-time, makes me a very patient person and my attempts to positively discipline Lily are more successful.” 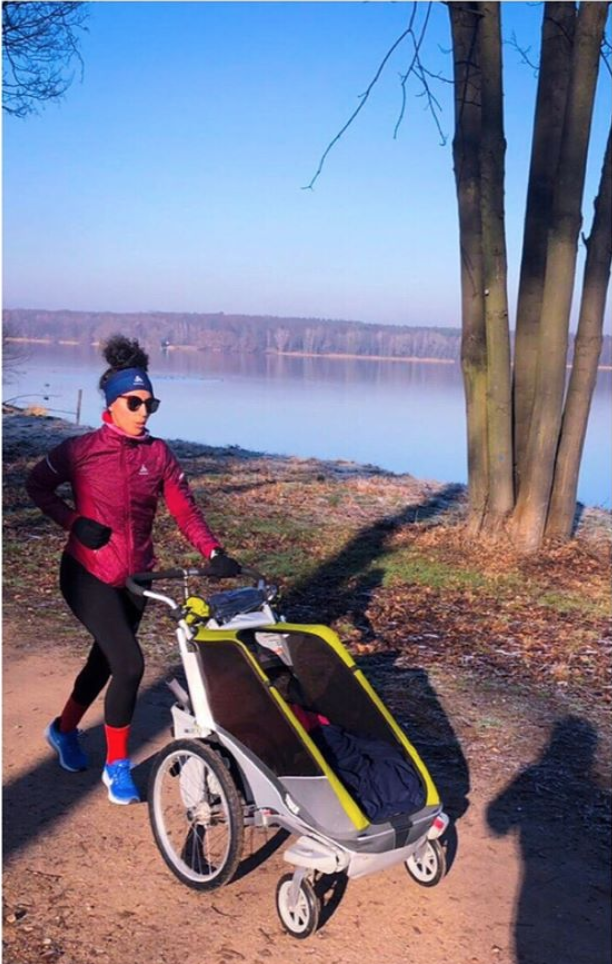 Babysitting? Why when we can do it together?

When it comes to events such as Midnight Runner’s 10km Wednesday boot camps or SPRT’s Motivator Monday or Hangar events, Zina asks the question; ‘why leave the kids at home!?’ Even with Zina’s busy schedule, she manages to run with Lily 25-30km per week. Knowing that Zina is an active member of the Midnight Runners community I asked her how she fits this into her schedule as a parent. “The boot camps are usually from 7.30-10pm every week,” she told me, “you know there are some parents who judge you for taking your kids with you, for the late nights etc.” But then she carried on by explaining: “what’s the alternative!?”

She could stay at home on a Wednesday night, frustrated and wishing she was out running and socialising with her friends. “Or I could go there and have fun! Kids feel how you feel, she has fun when I do and part of being a parent is being a role model. Children don’t learn by ‘telling them how’ they learn by ‘doing’ or ‘watching’, now Lily wants to come along too and insists regularly “mum let’s go for a run!” For Zina having Lily watch her have fun through SPRT is completely rewarding and strengthens the bond between them. She is proud that her daughter will grow up to understand that no one thing, such as being a parent, defines someone. And equally, Zina has learned that she isn’t restricted because of having had a child, seeing Lily doing push-ups with Midnight Runners or attempting SPRTs hangar events with our Motivators makes her happy. And it makes us, here at SPRT, just as happy.

‘Its doable to have a kid also have a life and continue with your passions, being a mother doesn’t define you new. You are still the same and can have a fullfilled life of your own. it’s a choice. Don’t let motherhood become your excuse.’

A day in the life!

There are no lazy mornings for this mum! Zina told me that she wakes up at 4.30 on a normal day. This gives her time to work out, prepare for the day and have some time to herself before her daughter wakes up. The early morning feeds her “the glass is half full”-mindset! This gives her a lot of energy and leaves her feeling fulfilled because no matter what happens with the rest of the day she’s already achieved something completely for herself. 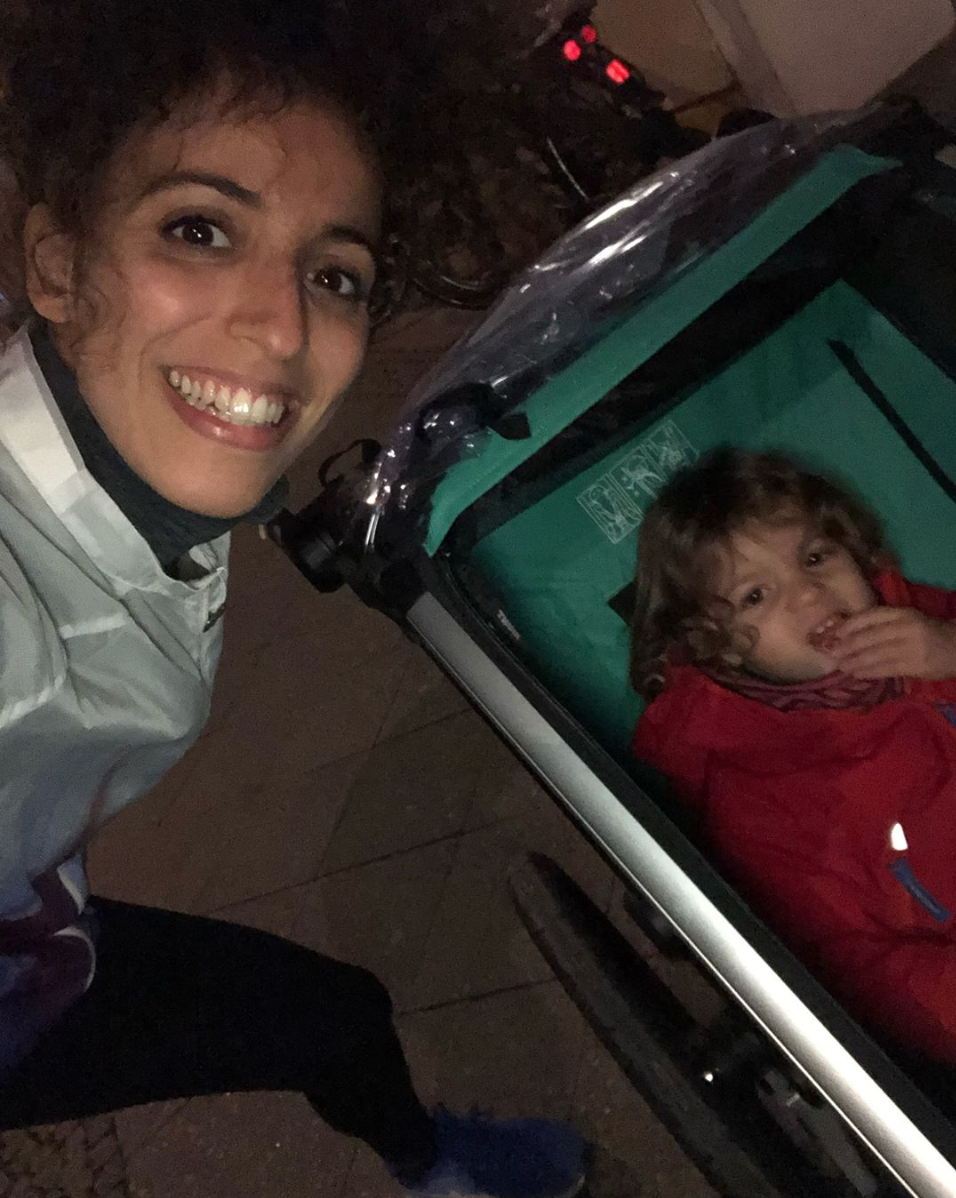 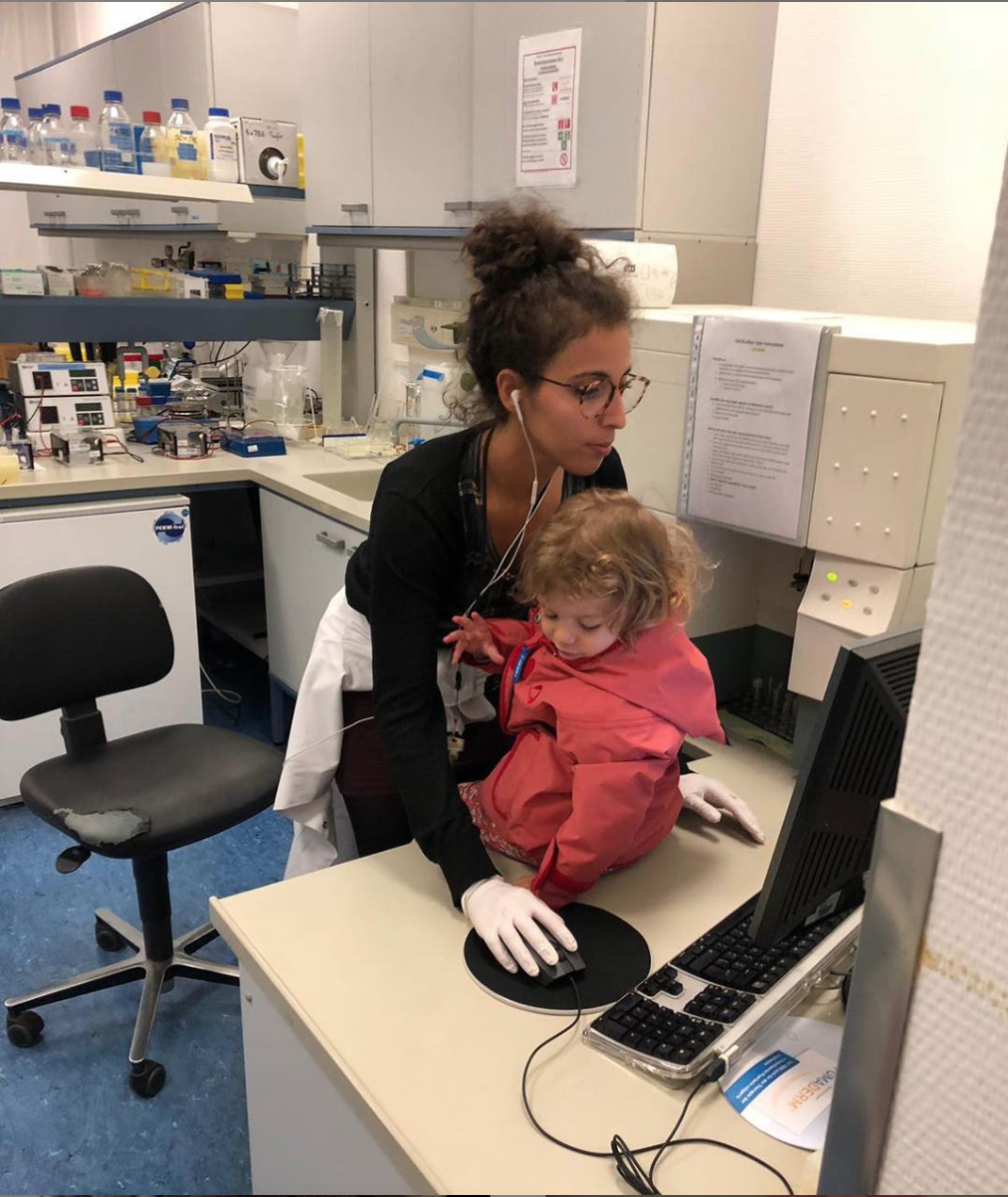 “Working out is the most important part of the day, it makes me a better scientist and a great mum.”

Zina has an extremely busy professional life, doing her Ph.D. in cancer research, she works 8 to10 hours a day in the lab. She told me that becoming a mum has made her better at her job she says she has to be efficient, she plans everything into her day that she needs to achieve and her time management skills are definitely not to be underestimated. Zina’s normal day at work starts around 8 am and finishes at 5 pm. How does she fit her running miles in? 5km to childcare with Lily in the morning, 7km during her lunch break and 5km back from collecting her child in the evening. Afterwards, she makes sure this time is quality time spent with her daughter. Not surprisingly, Zina told me that after a long day she’s often tired and from the late evenings she is exhausted and so she usually goes to bed at 9 pm. On weekends, when Zina’s daughter spends time with her father, Zina spends her Saturdays doing interval runs while her Sundays are for long runs. The weekdays are where the milage comes in!

‘They are people who work on saving lives and those who work on giving others’ lives a quality and both of them are for an endless list of reasons important and inspiring. I can’t thank you enough for organising #MotivatorMonday events. Besides offering people the opportunity to do something for their health, you also fulfill their need of belonging in a busy city life through those Group workouts. Your Work makes modern life more human. Where it’s not only about working hard, spending the evenings in the Gym alone and sharing our success on social media to compensate social isolation through success validation. You demonstrate that modern life citizens can still socialise IRL and not only while drinking together but also while sweating together. Keep up your great work”

Zina gave this review in October, and it blew the team away, we already knew her from attending the Motivator Monday events but this review, in particular, was really special to us. I mentioned the review to Zina when we spoke and she told me that the first time she attended an event was actually a Yoga Motivator Monday. “It was my first time doing yoga, I’ve always thought I was too hyperactive for yoga and I never really had any interest to start but after I felt great! Almost as if I’d had a wellness session!”

Zina said that we’re all social beings and that thanks to group sport events like SPRT’s events, she’s gotten to know so many people. We both agreed that sharing passions are great bases for friendships and as opposed to group gym classes where people go their own ways after and don’t talk to each other, SPRT as a platform offers people the chance to meet and connect. At SPRT we’re sharing interests and differences don’t matter. “Through SPRT I learned that I could do functional training outdoors and with others, I didn’t need a gym membership anymore and I could do the sport I was doing in a more fun way.” 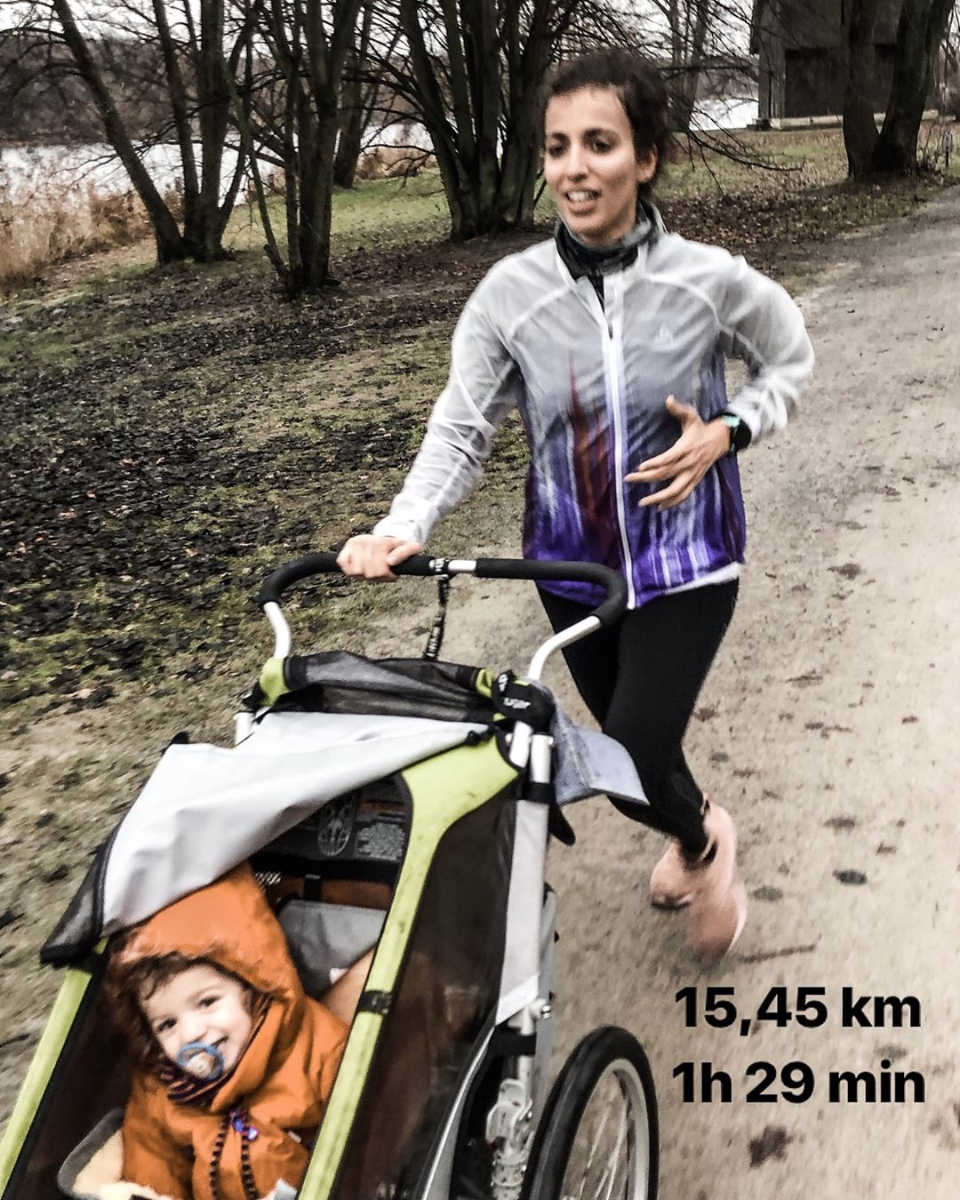 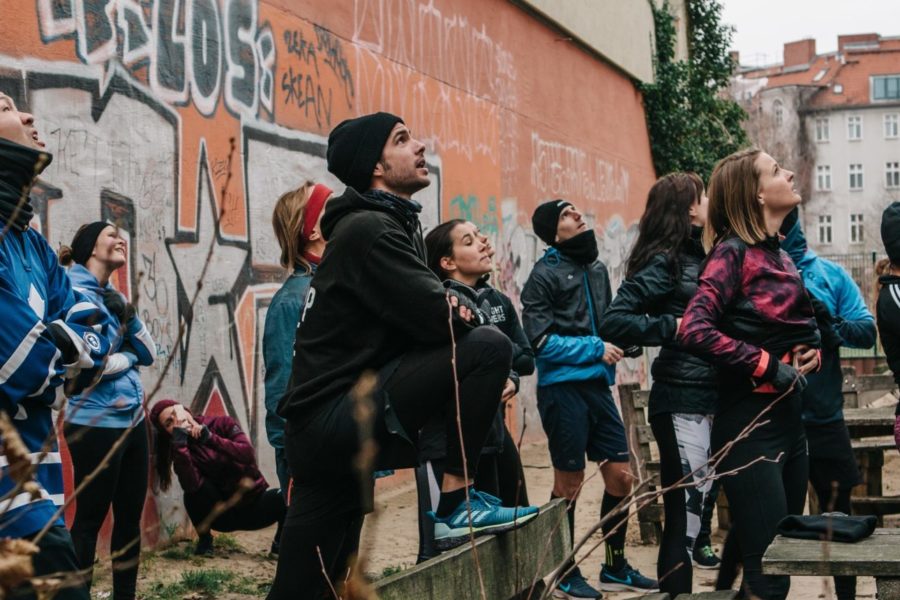 The 5 stages of race training 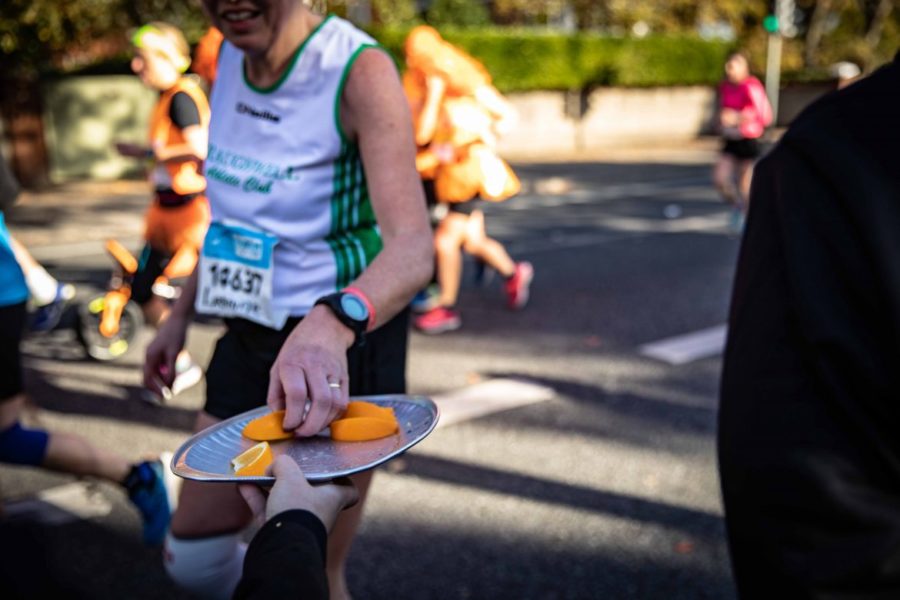 Marathons Then and Now